The Express is calling these "the British X-Files, more HERE

Thanks to MrEnigma for getting the video on YouTube; This video is definitely worth a look:


The internet is going wild, particularly because the stream was cut by a 'loss of signal' almost moments after what could arguably be the most interesting thing ever filmed by the International Space Station.

Tabloids have already run with the story, While MysteriousUniverse has assembled this and other recent and similar events insinuating that this is not the first time...


"Resident in the Heilongjiang province in China reported seeing three UFOs darting across the sky and apparently one of them came crashing down into in a man's vegetable garden.

According to Chinanews.com, villagers in Mengchang saw three objects falling from the sky this morning. Soon after they heard a "huge piercing sound," and a huge ball of flame came crashing down into the vegetable garden of one of the villagers.

What they found in the garden looks straight out of a science-fiction movie. It appears to be a large metal ball covered by a layer of jagged material. According to China Radio International, China Central Television news is reporting the object to be about 2 and a half feet wide and weighing nearly 90 pounds."

Did Google Moon Just Find an Alien Base Similar to the "Entrance to Tartarus" in Antarctica?

Here is video of the Google Moon anomaly:


Here is video of the "Entrance to Tartarus" in Antarctica: 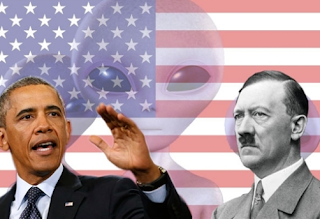 "A stunning Federal Security Services (FSB) report on the nearly two million highly classified top-secret documents obtained from the United States Department of Defense (DOD) run National Security Agency-Central Security Service (NSA/CSS) by the American ex-patriot Edward Snowden states that this information is providing “incontrovertible proof” that an “alien/extraterrestrial intelligence agenda” is driving US domestic and international policy, and has been doing so since at least 1945"


"Snowden’s documents further confirm, this report says, the “Tall Whites” (Nordic) meetings in 1954 with US President Dwight D. Eisenhower where the “secret regime” currently ruling over America was established." - FarsNews.com